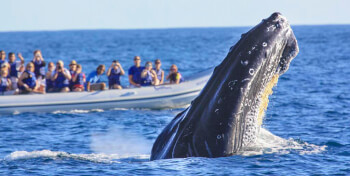 Commonly, the very first animal that comes to our mind after hearing the word "SEA" is the whale, the largest mammal in the entire animal kingdom, many people from all over the world want to have a close encounter with them.

Today, I invite you to join me and learn more about humpback whales, which make their migratory trips to Los Cabos. We will get to know some things that you didn't know about these beautiful animals. 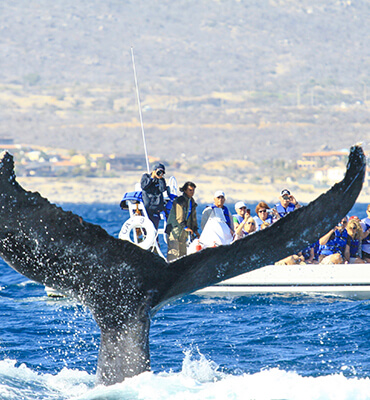 1 They have fingerprints, or something similar

Our prints make us unique from all others; no one has the same pattern as you in the whole world.In the world of humpback whales, they also have something that distinguishes them from every other whale in the world, and it is their tail.

The rear fin of each of them is different. It is for this reason that animal protection programs have a catalog of these so they can identify each whale and keep track of them.

2 Whales are not wholly aquatic animals.

These creatures are mammals, which means that they breathe air through lungs like us and their spiracles are the holes through which they throw jets of water and breathe, every time they come up to the surface, (yes, it's their nose), but they live most of their life under the sea. 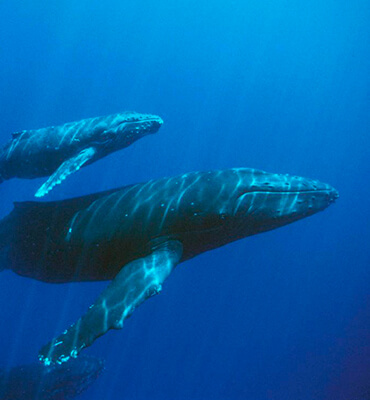 Do whales talk? Yes! Well, they have a language. Different groups of whales have their own dialect or song that they learn as they grow, it is for this same reason that it is not very common to see a humpback whale alone.

5 Whales make their own song remixes

As the human language, there are words and phrases that we use to transmit feelings, well, whales do that too to create new songs. Males are the ones who sing during mating season to lure a partner. When the next season comes, changes can be noticed in their songs; If the song worked (or not), they improve the melodies to find a mate. 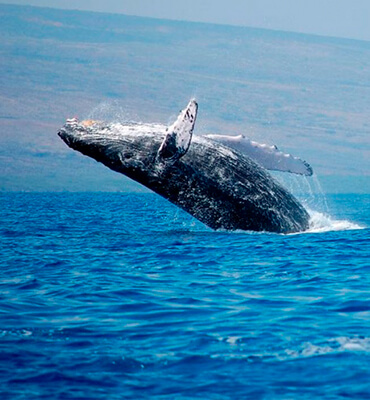 6 Their mouths are enormous!

Many people may be afraid of whales due to the size of their mouths, imagine: their tongue can be the size of a small car! A human being could easily fit in a whale's mouth. Fortunately, the whale's diet is plankton, krill, or other tiny fishes, so they have to consume large amounts of prey every day, but never humans.

Whales are undoubtedly one of the most intriguing and beautiful creatures of the animal kingdom. If you have the chance to see them closer, do not miss it. In fact, you are in time to come to Cabo and admire this magnificent natural spectacle, officially the whales season ends in April, but the best time for sightseeing it's February and March, So hurry up and reserve today! 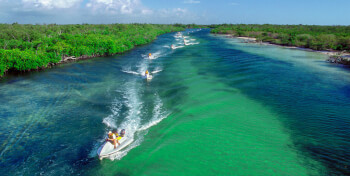 Cancun has a Lagoon called Nichupte, Let's learn about this wonderful place! 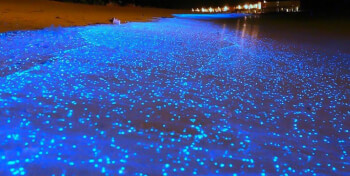 You can Find Bioluminescence all around the world, and today we had the pleasure of seeing it on plankton at Isla Holbox 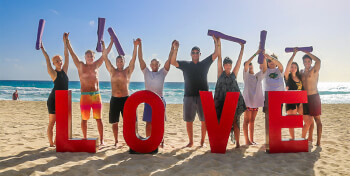