Welcome to OUR BLOG

91st Edition of the Academy awards

The Spectacle arrives to Cabo 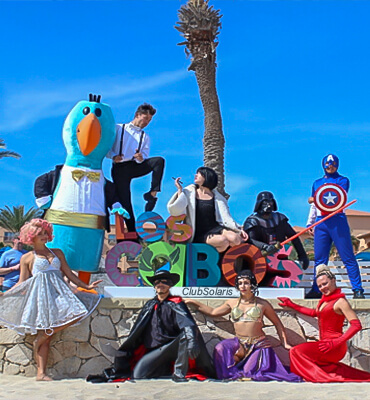 The day of the Oscars arrived at Royal Solaris los Cabos, where since early, everyone expected this grand gala to come, which rewards the best of the cinema in 2019.

Pancho and characters of classic and favorite films, visited all areas of the hotel, where they walked and brighten the day of adults and children alike, taking pictures with them in the hotel areas, from restaurants like Café Solaris and Rosmarinus to the pool, where they said goodbye to leave and prepare for this great event.

After the visit of the movie characters, the animation team carried out an activity with children and adults, who on the beach held a sand castle contest. Where everyone tried to make the best castle, where the small children took advantage of toys and buckets that the animation team brought them, and even some grown up couples came to build their own castles.

At the end of the activity, a group of guests and hotel staff took on the task of choosing the best castle and presenting their prize. 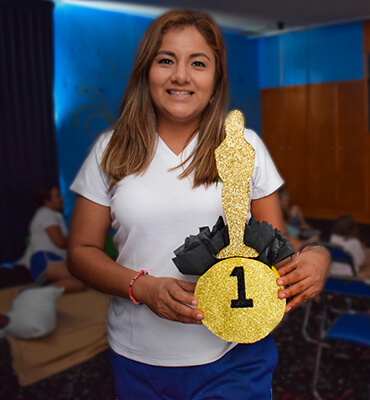 In the afternoon there were special activities for this day, such as a classic movie trivia, where everyone in the pool could participate and win a prize. Meanwhile, in the Kids Club, the little ones with the help of the Animation team created their own awards, which they gave to their parents, by cataloging them as the best in their field.

Without a doubt, it was a spectacular day for everyone.

When the time came, with the Oscars at the door, the Tehuacán theater was decorated for the occasion, and delicious food was available so that everyone who wanted to witness this event could enjoy it.

From the perfect popcorn to nachos, and even BBQ ribs, accompanied by a delicious drink from the bar, specially brought for this occasion, everyone could enjoy a splendid night to see the awards.


The Oscar Awards arrived to Cancun 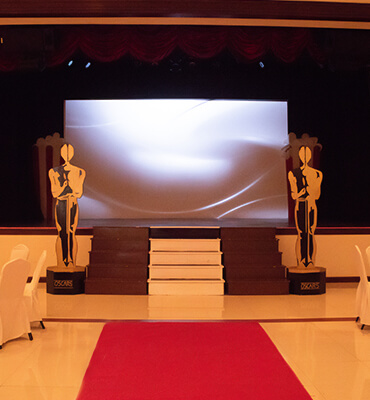 In Cancun, the day began with the exciting visit of Pancho Solaris accompanied by the nominees to Café Solaris and Las Fuentes where they made sure that everyone had a great time, and the children took pictures with their favorite nominees, and of course Pancho was the more famous. Throughout the day the animation team did different activities in the pool as an Oscar-nominated trivia, a funny acting stretch to warm up and Zumba in the Lady Gaga style with her most rhythmic songs. We also had an exciting acting contest, and the winner won many awards, including a Solaris Oscar.

At 6 o'clock in the afternoon, the live broadcast of the Oscars began in the lobby of Royal Solaris Cancun and in GR Solaris theater where we had an exceptional decoration and delicious food to enjoy the exciting awards ceremony. In Las Fuentes, we also had a delicious international buffet dinner with a beautiful ribbon of Los Oscars. Boys and adults enjoyed this special day.

When it came time to award the best director, the reaction of our Mexican members and guests who shouted and applauded Alfonso Cuarón's award for the film Roma was very emotional. 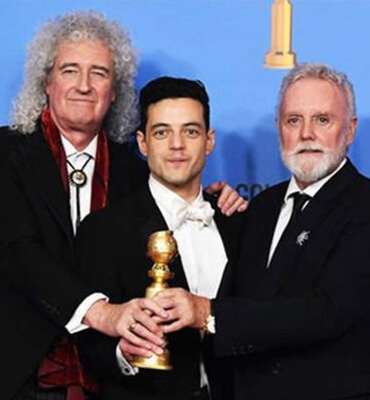 The History of the Oscars 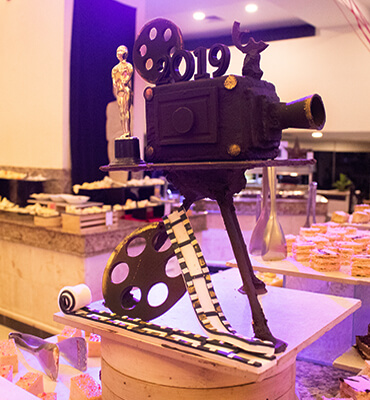 The Academy of Arts and Film Sciences was founded on May 16, 1929, and not always enjoyed the attention of the media around the world, there were no red carpet or designer dresses, the awards were merely taken out during a dinner, where the winners met.

Year after year, categories have been added to the prizes, and even others have been divided, to recognize the merit of all those involved in the making of the films, up to the current number of 23.

Currently, the academy has 7258 voting members, and its headquarters is in Los Angeles, California, although its members live in different places.

To choose the candidates (5 per category) the members of the academy, will vote accordingly to their area of expertise, vote only for the class that corresponds to them, that is to choose the best actors, just the actors that belong to the academy can pick who they want to nominate, the best music, only the musicians select the nominees, and so on. Once the candidates are obtained, the categories and their nominees are sent again, and there all the members vote in all the classes.


The award is a Knight posing with a sword, on a roll of film tape, the Oscar, as it is known to this award from 1931. It measures 13 ½ inches in height and weighs 8 ½ pounds. a serial number was included in the year 1949. 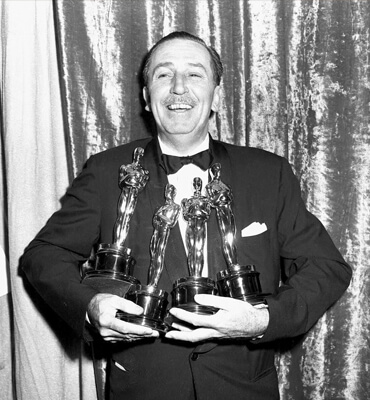 The speech of each winner, lasts only 45 seconds, after that, the orchestra plays the music.